Little People of America (LPA) is a nonprofit organization that provides support and information to people of short stature and their families.LPA is dedicated to improving the quality of life for people with dwarfism throughout their lives while celebrating with great pride Little People’s contribution to social diversity.  LPA strives to bring solutions and global awareness to the prominent issues affecting individuals of short stature and their families.

Surgical procedure called “rodding” is frequently considered for people with OI. This treatment involves inserting metal rods through the length of the long bones to strengthen them and prevent and/or correct deformities.

Famous characters in Hindu mythology that were short in stature and did great things -Agastya,Vamana,Kubera,Siva Ganas 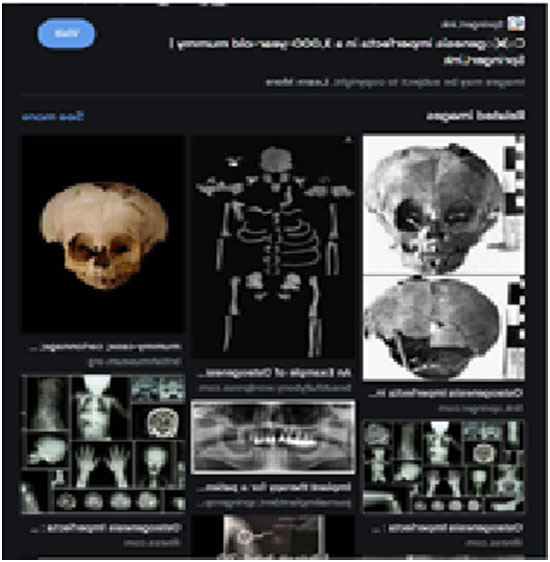 There is evidence that OI has affected people since ancient times. It has been recognized in an Egyptian mummy of an infant from about 1000 BC. The mummy is currently in the British Museum in London, England The partially reconstructed skull is the remains of an Egyptian mummy, origins dated circa 1000 BC. Thought to be remains of a monkey, a first further investigation by paleopathologists revealed that these findings are more consistent with the remains of an infant affected by osteogenesis imperfecta

possible to promote muscle and bone strength, which can help prevent fractures. Swimming and water therapy are common exercise choices for people with OI, as water allows independent movement with little risk of fracture

Greek teller of fables Aesop described as one whom nature had gratified with an ingenious mind, he was endowed with a large head, bowed legs and a large belly

Diastrophic dysplasia affects bone and cartilage development. (“Diastrophism” is a general word referring to a twisting.)

Campomelic dysplasia, the name is derived from the Greek work campo (or campto), meaning bent, and melia, meaning limb

Thanatophoric means “death bearing” in Greek as the children born with were either stillborn or died immediately after birth .

Osteogenesis imperfecta literally means “bone that is imperfectly made from the beginning of life.”

A Viking leader who lived in the 9th century, Ivar Ragnarsson “Ivar the Boneless,” probably had OI. He is reported to have been a very wise leader and a very fierce warrior who had to be carried into battle on a shield because his legs were so soft.